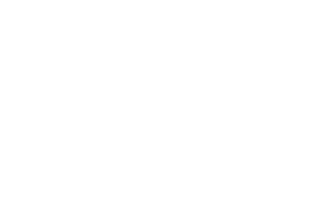 Describe your Journey at Alpha so far.

My name is Zayn Boulad and I started here at Alpha in 2020, I was in year 10 at the time. It was honestly a beautiful transfer for me cause at my old school they didn’t have the services and stuff that they do at Alpha. And I wasn’t sure as well, what I wanted to do. I heard the Alpha really supported students. After transferring here, honestly, in the first couple of weeks, I didn’t really see a massive change, but as we started to get towards the assessments and stuff like that, the way the teachers supported us was honestly amazing. It was beautiful for me to see as well. And how the students also, how they help you and the group work that goes on here in the school, it’s nothing compared to any other school in my opinion. And compared to my old school, here, it’s so much more as a cohort rather than individually based, if that makes sense.

What do you find unique about Alpha?

One thing that Alpha preaches a lot that’s different to other schools is really working as one unit basically, working as one cohort. So back in my old school, everyone was very individually-based, trying to compete for that first spot. When I came to Alpha, especially from the first couple of terms, even before I even hit year 11, I could see that it wasn’t really about being on top or being the best at whatever you do, it’s more about if you are the best, really try to bring people up with you, if that makes sense. So really, Alpha, when they preach that cohort, that collaborative, that united type of approach, not just only to the HSC, but also to life itself, to social interactions, to the community even, I think it brings more of us together and it brings– it creates that social bond, not just through school, but also throughout the rest of life as well. And this collaborative approach to work not only develops relationships about work and about school, but it starts to get into their personal life and you start to learn stuff about people you wouldn’t know at first sight. So I think that’s really, really important, especially in an environment like this, where we’re only in school for a certain number of years of our life. And our life really hasn’t started yet, so for me, this is really the most important thing. So naturally, I think wherever we are in the world, whether we’re in the workforce or in school, or even socially, I think everyone wants to be the best at everything. And 100%, it’s nothing to be ashamed of, everyone always wants to be good at what they are doing. But here at Alpha, I think one of the things that they encourage and they really preach, is even if you are the best at everything, that doesn’t mean that other people don’t have stuff to offer. So even if you are ranking first in a subject or you’re doing really good in a subject, or people look up to you in a subject because you study a lot and you make really good notes for that subject, it doesn’t mean that the other people around you don’t have stuff to offer. And those people especially can help improve you as a person, not only in work. So one thing Alpha preaches is that not only can you rank first in a subject, but you can also bring people that aren’t ranked first to bring them up with you, not only in school but also as I said before, you start to learn stuff about people, stuff that you can implement in your own life. And I think that’s the most important thing about school.

What does the school motto mean to you?

So Alpha’s slogan, “Belief, Action, Change,” is open to interpretation. But to me personally, a belief can be anything, it can be a cultural belief, a family belief, or even a religious belief. But if those beliefs aren’t acted upon, they just remain as stagnant thoughts. So something Alpha does really well is that they translate those beliefs into action. So they help you with the resources that they have, the PD department, the teachers, even the friends, the people around you, the people you surround yourself with, they really help make that belief a reality, they help you take action upon it. And especially over from years 7-12, especially in the high school years, no change happens overnight. But those actions, those consistent actions that remain throughout the school life and especially through the senior years, it helps you see that change, not only through school and studies, but as a person as well, through your character, and it’s reflected through how people view you.

Do you feel like your expectations at Alpha have been met?

So my expectations of Alpha was obviously just what people told me about it, the studies, the PD, the mentoring. how the teachers treated you, the support you get, all the cliché stuff you hear about it. But honestly, when I first came here, it was in the first two, or three weeks. It actually exceeded my expectations. In my first PD, I still remember it was honestly the message that Yusef was trying to portray. honestly so powerful. And even the study periods just exceeded my expectations as to how students study, just by looking at them and everyone has their heads down studying. And as soon as you look up, everyone still has their heads down, and it just gives you that extra boost of motivation that didn’t exist before. So honestly, even the study periods alone just by themselves exceeded my expectations. And the teachers, when you walk into the classroom, they are so energetic, they’re so enthusiastic to teach. It’s like they don’t even treat it like a job, and that honestly taught me as a student not to treat being a student as a burden, but rather treat it as something you enjoy. I think their energy was reflected upon me.

I think schooling life can be split into two aspects, the first is character and the other, the second is more focused on studies. I think the specialty that PD has is that it really focuses on that character side of you, that character aspect of you. And it doesn’t just help you in life as well but it helps you with your studies. It teaches us to be resilient, to be consistent, and it gives you that drive, that motivation, that reflects in your studies. So I think for me, it’s important that we really focus on that character side as well, not just the studies side, because everyone has this perception of school that you’ve got to study, and got to study. But it’s not really just about studying. I think if you improve your character and you work on your character, I think that will reflect on your studies, and that’s something PD does really well. And they really help individuals improve and exceed even the individual’s expectations and I think that’s really important.

What would you advise a student that Is considering enrolling at Alpha?

So my advice to you, if you want to come to this school is that everyone has this weird perception of Alpha, that if you come here you’re guaranteed a high ATAR or a 95 ATAR, a 99 ATAR. But that’s not the case, if you wanna come, you have to be willing to put in that effort. And I guarantee you, if you put in one, Alpha’s gonna put in 10. But if you’re coming here to try to put in zero, you can’t really expect any results. So one piece of advice that I’d personally give to you is that if you really, really want to come to this school, don’t come to this school with the expectation, the perception that you can come here and Alpha’s gonna put in all the effort. You have to come here with the responsibility and the mindset that I’m gonna do everything in my power, I’m gonna do everything that I can to push me and they’re 100% gonna push back, and they’re gonna 100% try to push you and excel you to that next level, to the person that you want to become.